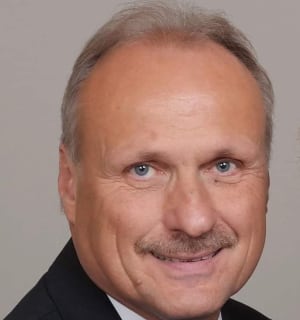 Jeffrey Fick is originally from Grafton, Wisconsin. He attended St. Paul’s Lutheran School from Kindergarten through eighth grade. Jeff graduated from Grafton High School in 1978, and continued his education at Concordia College, Milwaukee, majoring in Elementary Education and the Director of Parish Music Program. After two years at Concordia, Jeff transferred to Concordia, River Forest, Illinois, to continue his studies in education and music (BA 1982; MA 2000).

He married Bessie Tafelmeyer on June 19, 1982. The Lord has truly blessed their marriage with three children (Matthew, Melissa, Angela), two sons-in-law, one daughter-in-law, and ten grandchildren.

Jeff’s Educational Philosophy Statement is as follows, “My Christian Education Philosophy is to proclaim Christ as Savior in Lutheran education and to strengthen and encourage one another in the Christian faith. As written in Proverbs 22:6, “Train a child in the way he should go, and when he is old, he will not depart from it.” As an educator, administrator, and District Executive in our SID Lutheran Schools, I along with other leaders have the responsibility of bringing Christ, the Savior, to the children. A strong Christian home can best fulfill the mission of training a child in the way he should go by providing a total Christian environment between home and school. I believe that a Christian education can best support, supplement, and complement the religious and academic education by preparing children for eternity as well as life in this world. Children are fully prepared to know God’s plan of salvation and see themselves as a part of that plan. With such an understanding, they will have the proper incentive to ready themselves to the best of their abilities for active and useful lives of service to God and mankind. A Christian school with Christian educators, where every subject is taught from a Christian viewpoint, can be more successful in leading children to grow spiritually, morally, intellectually, and socially than any other agency.”

To God be the glory, honor, and praise!!!